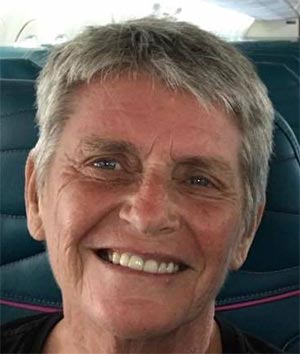 Barbara retired and moved to live in Kaua‘i in 2016 after a career in Operations Management. This paid the rent, but her passion was for martial arts and meditation. Barbara practiced and taught martial arts for 50 years. Many of her students lead schools and continue to share the art to the next generations. As for meditation, she spent several years living in ashrams in the US and India.

Barbara started playing music when a friend gave her a sweet koa ukulele. Having never played any music, she considered the idea that it might be a beautiful piece of wall art and started looking for ways to display it. Then one day she heard from a neighbor that there was a teacher in the Torrance area who led a group of players. And the musical journey began.

Even though she had no experience with Hawaiian music, she noted that this teacher's website was full of images of Hawaii. So she emailed him saying she wanted to learn Hawaiian music thinking that this would help in her quest to get some lessons. Her email post-script said simply "I will practice!" That turned out to be the key that unlocked the door.

Barbara attended George Kahumoku's music camp and then later the AMC camp. And it was there that she fell in love with the steel guitar. Particularly inspirational were the young players from HIMELE.

Barbara has been a student of Kumu Alan Akaka for 3 years.